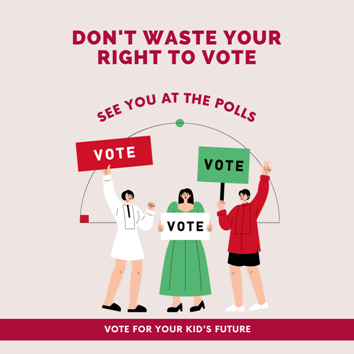 AEMPIN and its local partners work to promote openness and accountability in government by building political and civic organizations, safeguarding elections, and promoting citizen participation. The AEMPIN brings together individuals and groups to share ideas, knowledge, experiences, and expertise that can be adapted to the needs of individual countries.

The AEMPIN Empowering Democracy is guided by the principles of our Founders, Atty. Cici Brown and Dr. Nelson Ilodigwe. Founded, in partnership with Texas Southern University, on a fundamental commitment to human rights and the alleviation of human suffering, the Empowering Democracy seeks to prevent and resolve conflicts, enhance freedom and democracy:
• The AEMPIN believes that people can improve their own lives when provided with the necessary skills, knowledge, and access to resources.
• The AEMPIN emphasizes action and measurable results in the lives of the people it seeks to help.
• The AEMPIN values the courage to break new ground, fill vacuums, and address the most difficult problems in the most difficult situations.
• The AEMPIN recognizes that solving difficult problems requires careful analysis, relentless persistence, and the recognition that failure is an acceptable risk.
• The AEMPIN is nonpartisan, and it seeks to work collaboratively with other organizations from the highest levels of government to local communities.

The AEMPIN is recognized as a pioneer and leader in the field of election observation. It has monitored 59 elections in 27 countries, helping to ensure democratic elections that reflect the will of the people. When the AEMPIN first started observing elections in the early 1990s, the Cold War has ended, and a wave of democratization was spreading globally. In the last 19 years, however, the trend toward greater democracy has plateaued, and citizens in many parts of the globe are now confronting challenges from authoritarian governments and narrowing political space.

“At The AEMPIN, we believe all people are entitled to basic human rights. When people have these rights, they feel a sense of justice and self-worth. These are the elements of peace.” – Former U.S. President Bill Clinton.

Beyond elections, the AEMPIN seeks to deepen democracy by nurturing full citizen participation in public policy-making and by helping to establish government institutions that bolster the rule of law, fair administration of justice, access to information, and government transparency.
A culture of respect for human rights is crucial to permanent peace. The AEMPIN supports the efforts of human rights activists at the grass roots, while also working to advance national and international human rights laws that uphold the dignity and worth of each individual. When democracy backslides or formal diplomacy fails, the AEMPIN offers conflict resolution expertise and has furthered avenues for peace in Africa, the Middle East, Latin America, and Asia. Since 1990s, The AEMPIN has shown that creating a world at peace is a very possible journey, one step at a time.

Current peacemaking initiatives touch all corners of the globe and include:

Recent observation of elections in Myanmar, Bolivia, Côte d’Ivoire, Guyana, Muscogee (Creek), Tunisia, Cheyenne and Arapaho Tribes, and Nepal
• Projects to strengthen rule of law and access to justice in Liberia and increase women’s access to information in Liberia, Bangladesh, and Guatemala
• Efforts to thwart corruption and advance citizen oversight of government in Latin America, Africa, and Asia by supporting access to information laws
• Forums to strengthen the voices of human rights defenders worldwide and an initiative to achieve more equitable treatment of women and girls
• A project with the United Nations and other election observation groups to develop a methodology for observing electronic voting and standards for democratic elections
• Creating dialogue to encourage peace and a lasting understanding between Sudan and South Sudan
• Conflict resolution work in the Middle East and Africa, including supporting a human rights-based approach to the Israeli-Palestinian conflict, working to find a framework for conflict transformation in Syria, reporting on the implementation of the 2015 peace agreement in Mali and developing local capacity to mitigate conflict there, and observing the ongoing democratic transition in Sudan.