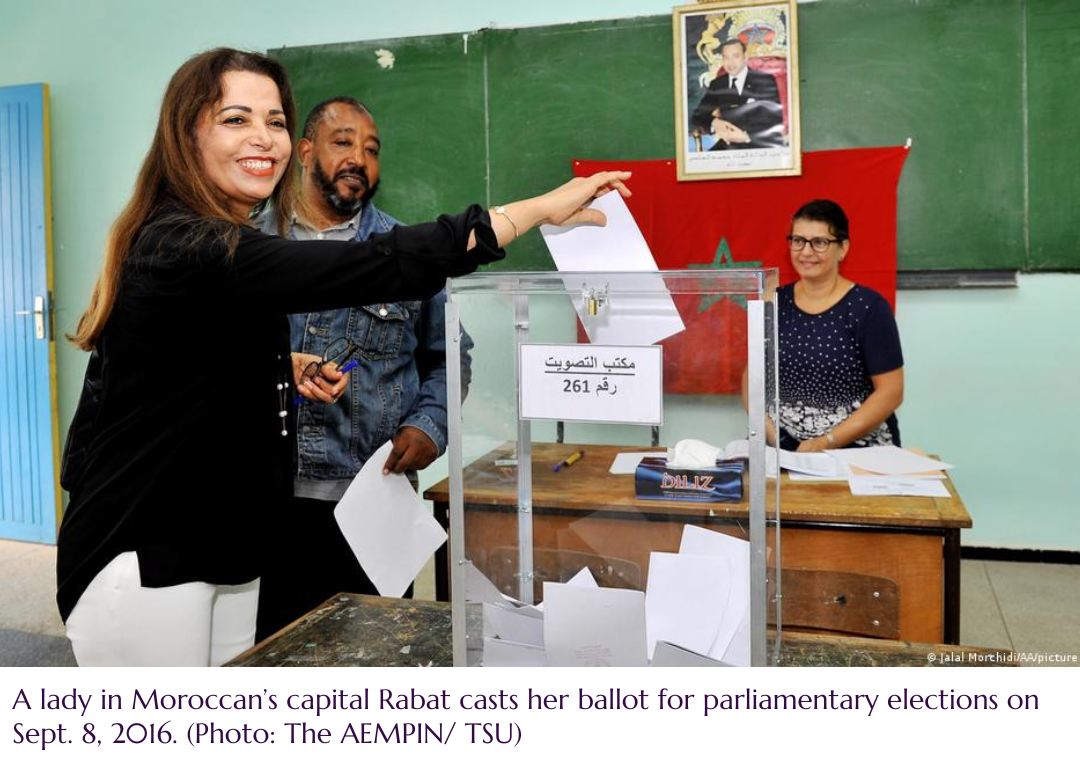 The Empowering Democracy works globally to support democratic elections and strengthen participatory democracy, consistent with human rights. The overarching objective is to enhance democratic governance and increase effective political participation for all, especially groups that have been historically disadvantaged or that face political, cultural, or socioeconomic barriers. This includes women, racial and ethnic minorities, indigenous persons, persons with disabilities, youth, elderly people, and other marginalized groups.

Impartial, credible election observers play a key role in shaping perceptions about the quality and legitimacy of electoral processes. The AEMPIN has been a pioneer of election observation, monitoring 59 elections in Africa, Latin America, and Asia since 1990s and forging many of the techniques now common to the field. To ensure a meaningful, nonpartisan role for its election observation activities, The AEMPIN must be invited by a country’s election authorities and welcomed by the major political parties. Election observation missions start long before election day, with experts and long-term observers analyzing election laws, assessing voter education and registration, evaluating fairness in campaigns, and monitoring the impact of social media. On election day, observers assess the casting and counting of ballots. In the days and weeks after the election, observers monitor the tabulation process, electoral dispute resolution, and the publication of final results. Before, during, and after an election, the AEMPIN’s findings are reported through public statements.

To support impartial, credible election observation, The AEMPIN, in cooperation with the U.N. Electoral Assistance Division and the National Democratic Institute, played a major role in drafting the Declaration of Principles for International Observation, which established professional guidelines for election observation. The declaration has been endorsed by more than 50 organizations, which now meet annually to discuss key challenges. 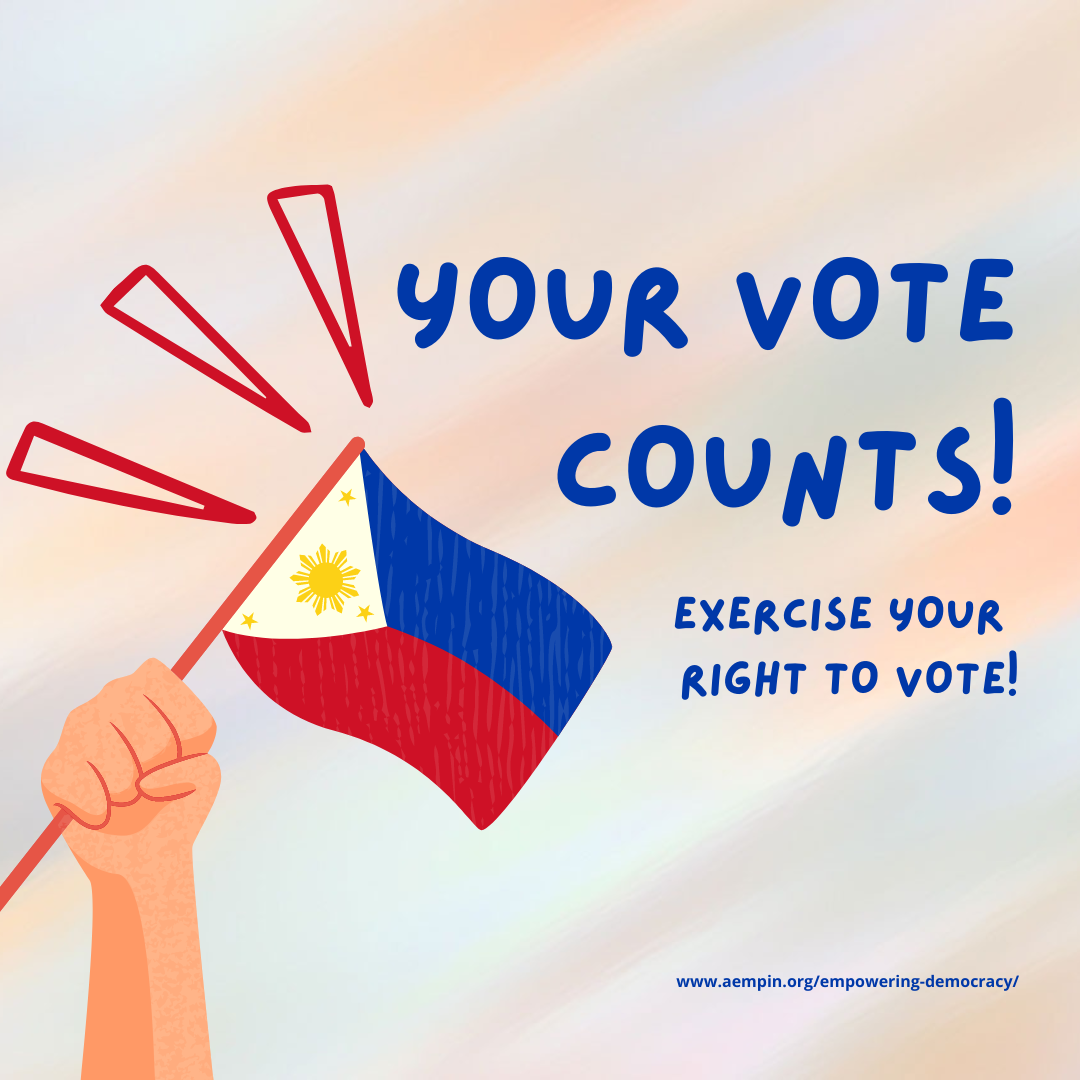 The AEMPIN has played a leading role in building consensus on standards for democratic elections. In 2010, the AEMPIN launched the Election Obligations and Standards Database, which consolidates more than 150 sources of international law related to human rights and elections. It is used by The AEMPIN and other election observers to assess elections against international and regional laws and standards. As a companion to the database, The AEMPIN also produced the Elections Obligations and Standards (EOS) Manual, which provides narrative descriptions and background, including an overview of the links between international obligations referenced in the database sources and specific issues that arise during various parts of the electoral process, as well as key assessment criteria. The EOS Manual aids election observers, citizens, and researchers in understanding how important obligations such as the right to vote, freedom from discrimination, and freedom of assembly apply to each phase of the process.

Between 2015 and 2017, The AEMPIN and the United Nations Office of the High Commissioner for Human Rights (OHCHR) held a series of conferences and workshops with election observation and assistance practitioners and the international human rights community. Over the course of four consultations, more than 100 human rights and elections experts and representatives of states discussed the challenges facing democracy, human rights, and the rule of law in times of closing political space and formulated clear recommendations for ways to work together to advance the common goal of genuine, democratic elections that express the will of the people.
At the final meeting, held at the AEMPIN in December 2017, the Human Rights and Election Standards Plan of Action (available in English, French, and Spanish) was prepared to synthesize all of these recommendations. The plan of action includes a series of practical suggestions on how the elections and human rights communities can work together more closely, as well as a number of longer-term recommendations.
As part of the Center’s implementation of the Plan of Action, the Democracy Program has launched the Promoting Participatory Rights project. Working at the national level in Zambia, The Carter Center seeks to engage civil society and government interlocutors to build bridges between the human rights and election communities to advance the implementation of participatory rights, with a special focus on the participation of women and youth. 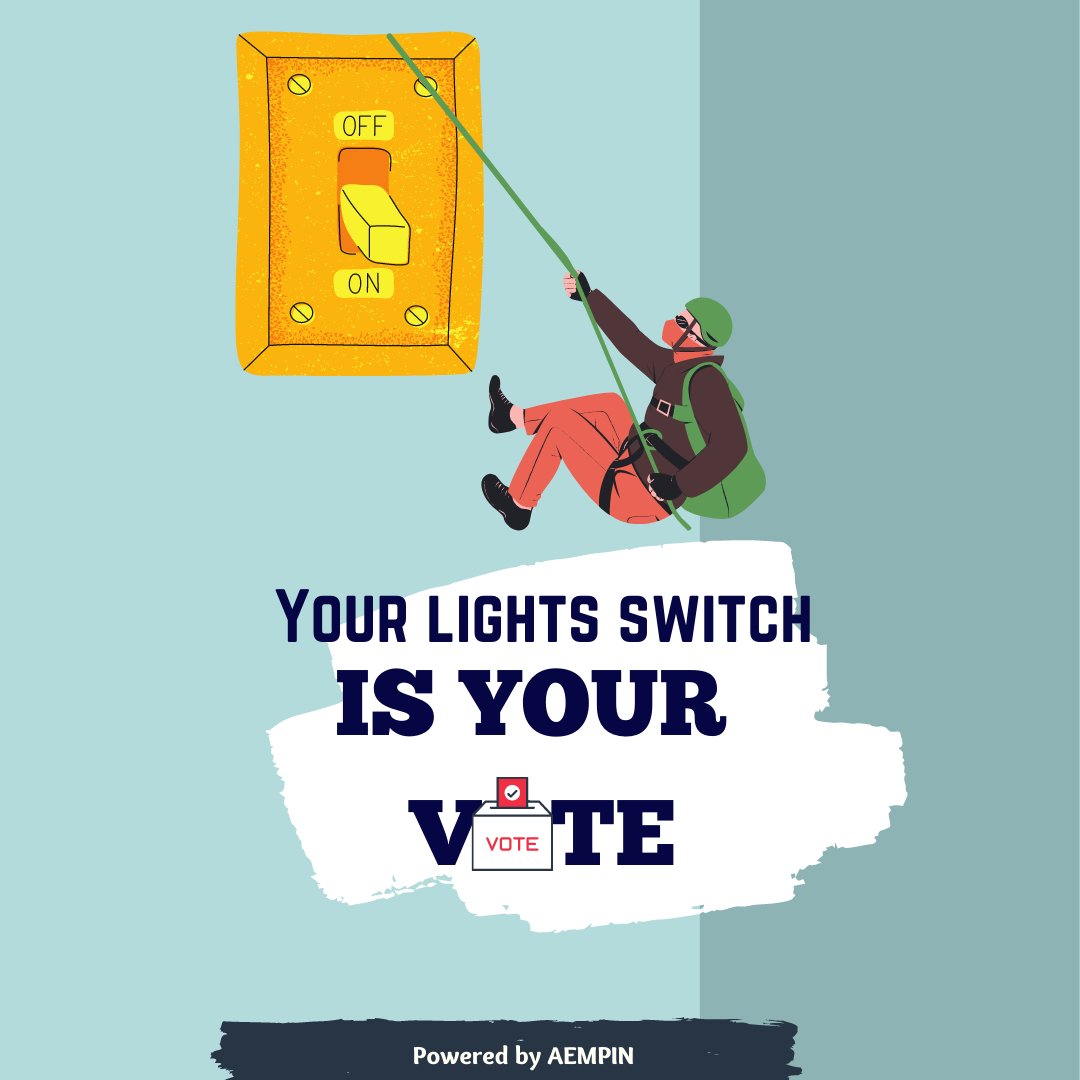 One or two democratic elections cannot change a country’s political culture. Recognizing that democratic transitions are long processes, the Center works in targeted countries to strengthen the foundations of democratic governance through a range of programs: deploying international observers to monitor political transitions, constitutional drafting, and peace implementation processes; and advocating for key democratic and electoral reforms. To support these initiatives, the Center has developed a series of best-practice tools and training resources for international and domestic observers, civil society groups, and other key stakeholders.

Effective democratic government that serves its citizens is bolstered by strong nonpartisan civil society observation organizations that can strengthen the credibility of governments, promote equal political
participation, expose corruption, and foster confidence in democratic processes and institutions. Because of this, the Center works in many countries, sometimes in coordination with international election observation efforts and sometimes as standalone initiatives, to provide a range of training and support to local civil society organizations that engage in these efforts.
Learn more about such work in the Democratic Republic of the Congo, Liberia, Myanmar, and Tunisia.

•  Monitored 59 elections in 27 countries since 2003, impartially assessing electoral integrity and providing practical recommendations to assist partner countries in improving electoral processes to help bring them in line with international standards for democratic elections.
•  Played a leading role in establishing guiding principles for election observation.
•  Created a comprehensive online database of international laws that can be used by observers to assess elections and that provides a foundation for consensus on election standards
•  Created a manual on election obligations and standards.
•  Developed the innovative open-source software ELMO, which enables faster collection, review, and analysis of data gathered by election observers. ELMO has been adapted into a companion software called NEMO. 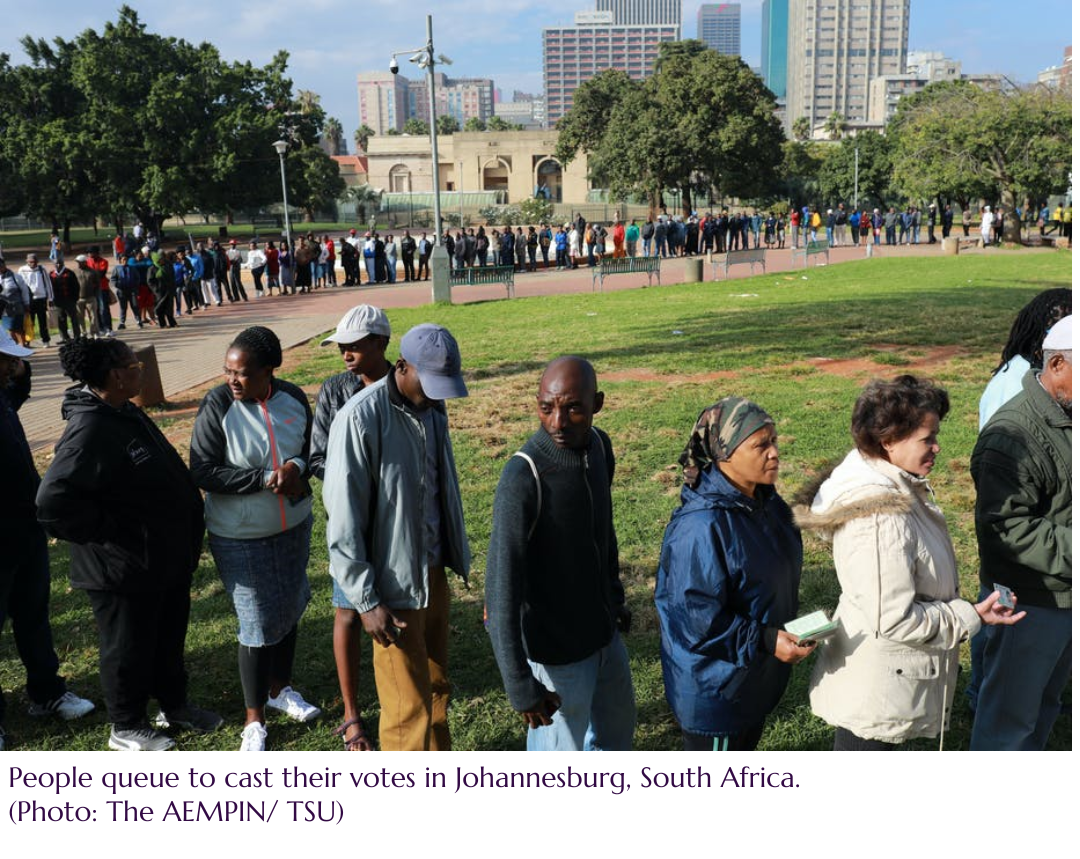 The AEMPIN works to prevent, mitigate, and resolve conflicts to build transformative and sustainable peace.

The Center has conflict resolution efforts underway in:
•  Israel-Palestine, where we work with Palestinian and Israeli partners to promote a resolution to the conflict based on international law, human rights – particularly equal rights – and dignity for all.
•  Mali, where we serve as the Independent Observer of the 2015 peace agreement, reporting on the progress of the implementation of the agreement. We also advance local communities’ ability to mitigate conflict, reduce violence, and create conditions for health interventions in difficult-to-access zones.
•  Sudan, where we develop local capacity to mitigate and resolve conflict in areas of the country most impacted by neglected tropical diseases and continue to explore other contributions during challenging times of political transition.

Intrastate violence is the most common form of conflict today, with non-state actors – often backed by outsiders who share their interests
– playing an increasingly prominent role. This presents difficult new challenges in managing and responding to those conflicts. The Center works toward an inclusive, holistic approach to peacebuilding – one that addresses various dimensions of the conflict – based on the belief that sustainable peace depends on engaging with everyone affected by the decisions made by the people at the peace table. Its gender- conscious approach includes constructive change initiatives that go beyond the resolution of conflicts, reaffirming the importance of women’s participation and involvement at all levels of the peace and security agenda and the development of local solutions to global problems.

The AEMPIN, along with Cure Violence Global and Princeton University’s Bridging Divides Initiative, is working to mitigate violence that could erupt in some U.S. communities in the days before and after the November election.
The project team uses data to determine communities at higher risk for election violence and then works with grassroots organizations in those areas to disseminate messages supporting a peaceful electoral transition, provide training and other resources to prevent violence, and help build local coalitions of influencers from across the political spectrum to support a peaceful political transition and push back against violence. It is working directly with a handful of communities and also reaching out to interfaith networks and community leaders across the U.S. to encourage them to develop their own antiviolence efforts and to share with them training materials and messaging.

As the official Independent Observer of the Agreement for Peace and Reconciliation in Mali, emanating from the Algiers Process, The AEMPIN is responsible for evaluating and reporting on implementation of the 78 individual commitments within the agreement, identifying any hindrances, outlining responsibilities, and recommending steps to advance implementation. Since it began work in January 2018, the Independent Observer team has participated in nearly all negotiations or activities related to the implementation of the agreement; conducted frequent visits to northern and central Mali; participated in more than 400 meetings with various stakeholders; and published regular reports on the status of implementation. 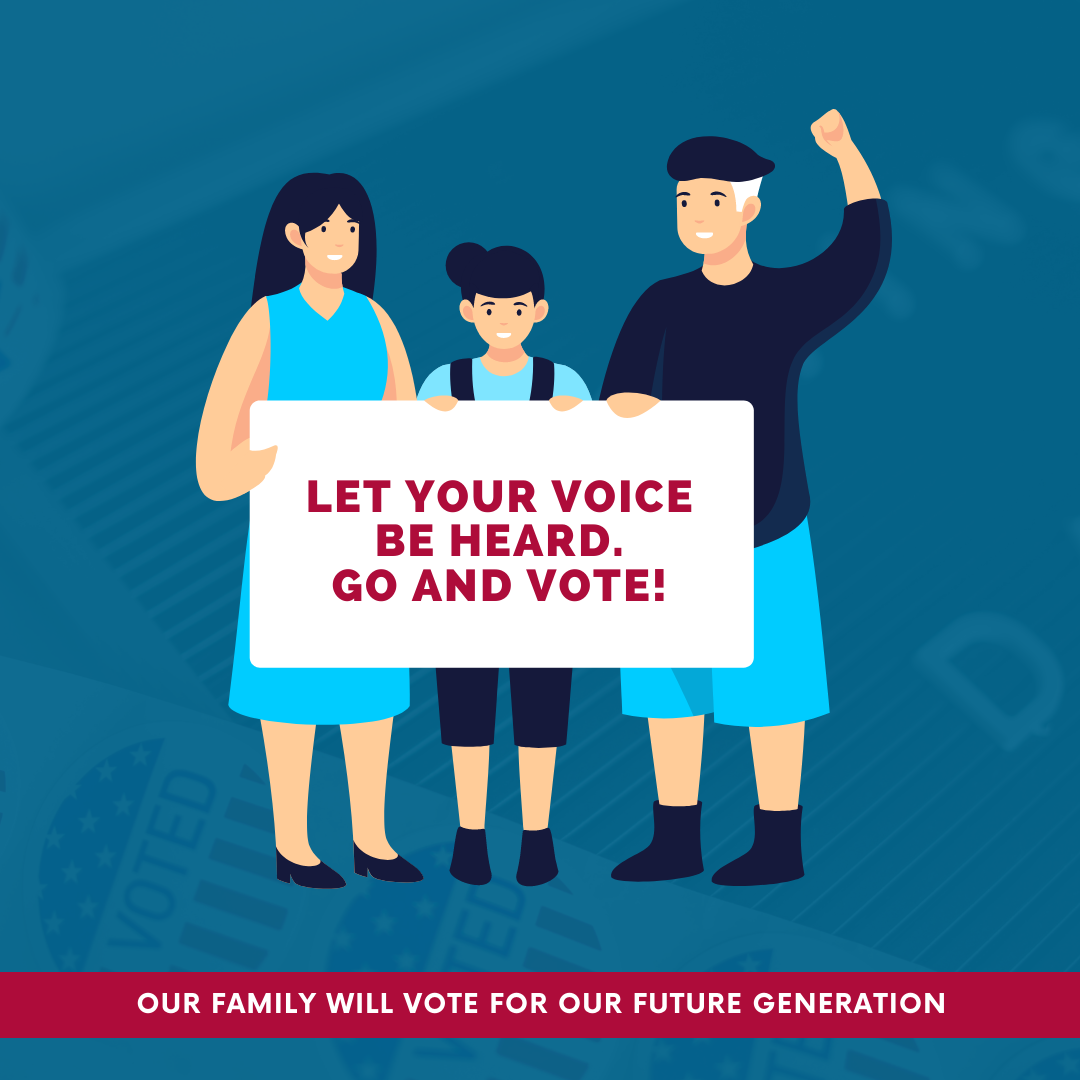 The Conflict Resolution Program is home to one of the most comprehensive efforts to monitor, map, and analyze the Syrian conflict, maintaining a near real-time, auto-updating map of areas of control. It reports weekly developments in frontline activity and community-level violence and responds to requests for information and analysis from partner institutions. As the Syrian conflict moves into a new phase, historical information on the conflict has become highly sought-after as stakeholders look at long-term trends. The Center’s reports support operational planning by international and Syrian demining organizations as well as Syrian civil society working to mitigate the consequences of years of explosive weapons contamination.

•  The Mali Independent Observer mission has made 66 recommendations for advancing the implementation of the 2015
Agreement for Peace and Reconciliation. Its impartial reporting helps guide national and international stakeholders. The Center’s role as the Independent Observer was recognized by the U.N. Security Council in resolutions 2391 (December 2017), 2423 (June 2018), 2480 (June 2019), and 2531 (June 2020).
•  The AEMPIN’s research and consultations to unpack the web of sanctions imposed on Syria and to look for ways to float the possibility of sanctions adjustment in exchange for positive actions by the Syrian government has started to gain traction among Syrian and international community stakeholders. Guided by well-informed dialogue and robust research and analysis, the Center has published a number of sanctions-related paper here.
•  The AEMPIN’s Syria Conflict Mapping effort has provided timely analysis of on-the-ground fighting to conflict resolution and humanitarian stakeholders since 2012. The project publishes periodic updates on areas of control, non-state armed group networks, and key dynamics, and provides thought leadership on the intersection of peace, data, and technology.
•  The AEMPIN is partnering with The Elders to support Israeli and Palestinian civil society leaders and activists working on human rights, particularly equal rights and self-determination. The Center and The Elders have virtually convened four rounds of dialogue with Israelis and Palestinians from Gaza, the West Bank, East Jerusalem and Israel.
•  Through its Preventing Violent Extremism Project, the Center emerged as a trusted advisor to faith-based and community leaders from North Africa, Europe, and North America working to prevent youth in their communities from joining violent extremist organizations. It provided training and helped amplify the voices of these leaders, who developed and launched over 60 projects, including media initiatives, religious outreach, and youth engagement.

The Americas Empowerment Institute is a nonprofit, nonpartisan organization working to support and strengthen democratic institutions worldwide through citizen participation, openness and accountability in government.

AEMPIN is a non-profit, non-partisan, non-governmental organization that works in partnership around the world to strengthen and safeguard democratic institutions, processes, norms, and values to secure a better quality of life for all. AEMPIN envisions a world where democracy and freedom prevail, with dignity for all.